Dr Rafael Bernabeu is the Medical Director of Instituto Bernabeu, a clinic of international renown that specialises in reproductive medicine. Instituto Bernabeu was founded in Alicante, Spain, in the mid-1980s. It currently has 7 clinics in Alicante, Madrid, Palma de Mallorca, Cartagena, Albacete, Elche and Benidorm and laboratories specialized in genetics and molecular biology applied to fertility, Instituto Bernabeu Biotech that, together with its patient care activity, performs a powerful research work.

His commitment and social involvement is clearly seen from the different activities of the Rafael Bernabeu Social Work Foundation that has mainly three areas of action. On the one hand, supporting different non-profit associations. Secondly, actions to support training, with the annual scholarships for university studies, organization of congresses and training sessions, support for student congresses, annual child drawing and photography competitions, etc. Its last line of activity focuses on patients in need, facilitating access to assisted reproduction techniques for couples without financial resources, families affected by hereditary diseases for preimplantation genetic diagnosis or with the preservation of gametes in cancer patients prior to Chemo and / or radiotherapy treatments, among other social actions. 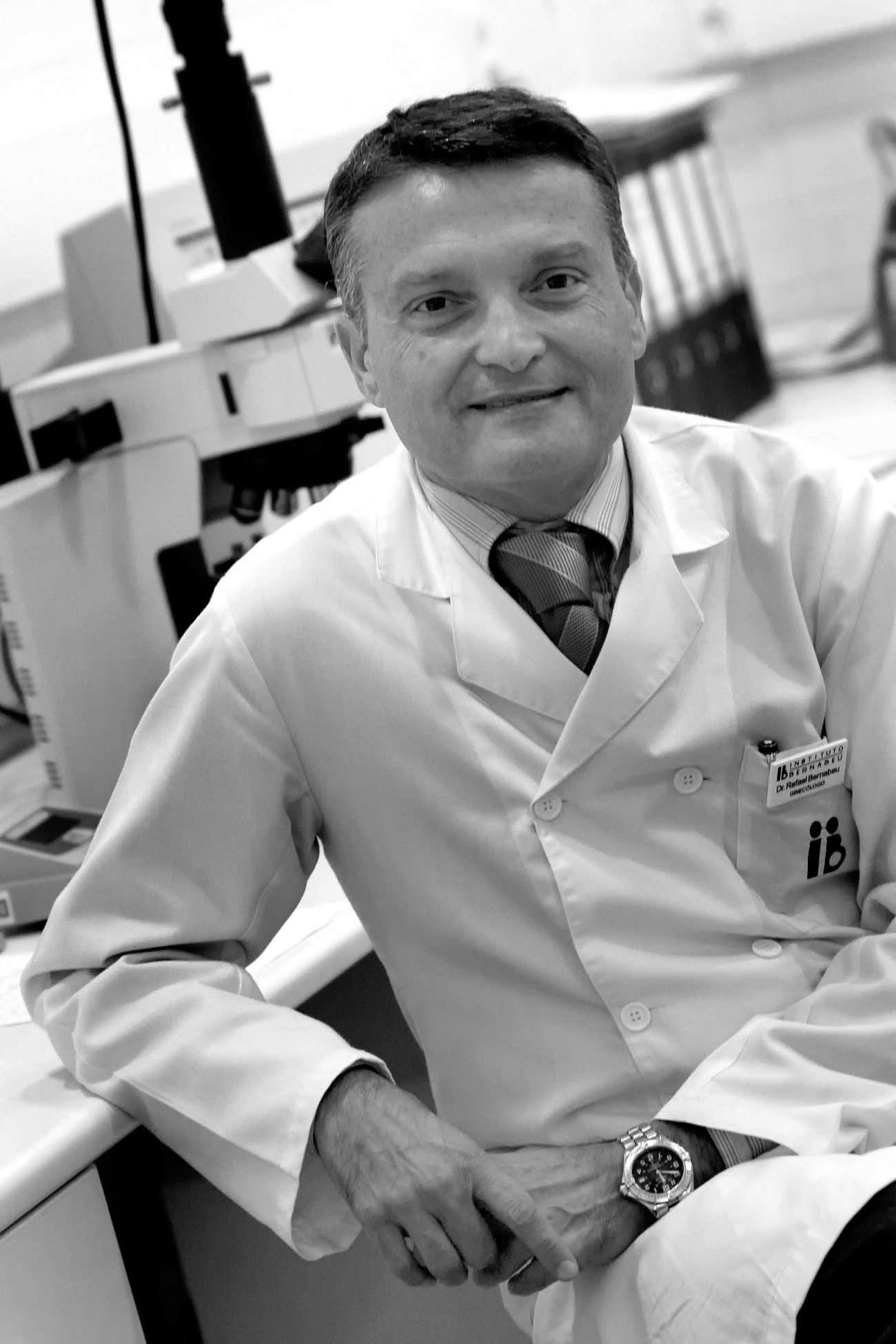 Rafael Bernabeu is a leading pioneer in the field of reproductive medicine. His curiosity and interest in reproductive medicine started at a very young age. As a teenager, he was focused on becoming a medical doctor. Upon graduating from high school, he spent six years studying medicine at the University of Valencia. Following that, he spent the next 4 years at Hospital La Fe, a university hospital in Valencia, Spain, pursuing his specialty in Obstetrics and Gynaecology. Upon completion, he began working as a gynaecologist in various clinics around the Alicante and decided to bet on a branch of gynecology that was experimental at that time. He continued with postgraduate studies in Assisted Reproduction techniques, Gynaecology and Obstetrics and attended some of the world’s leading centers like Cornell University and Johns Hopkins University. In 1985, Dr. Rafael Bernabeu created his first sperm bank and performed the first artificial insemination. This was the beginning of many firsts as a pioneer in the field of reproductive medicine.

The following are some of his achievements:

Dr. Rafael Bernabeu has represented reproductive medicine interests on several national and international committees. He participated on the executive committee of the Spanish Fertility Society. He was the Founder and First President of ANACER (National Association of Centres of Reproductive Medicine). His clinical research interests include current treatment options in repeat implantation failure, recurring pregnancy losses and severe male factors. He has published over 150 papers and has been invited in more than 40 conferences nationally and internationally.

Dr. Rafael Bernabeu has been an ultra-deep runner and currently maintains adequate physical activity. He enjoys reading multiple disciplines and listening to different types of music.